For strong healthy gums and teeth

Periodontal Care refers to the treatment of the gums and bone that are the supporting structure of the teeth.

At Ocotillo Dental Care, all patients’ periodontal needs are evaluated on an ongoing basis, and the appropriate therapy is then prescribed as needed.

Most initial periodontal care is started with recording the findings of a “gum” exam, and often patients receive scaling and root planing, which is a form of deep cleaning. This is often done with local anesthetic because we clean both above and below the gumline. 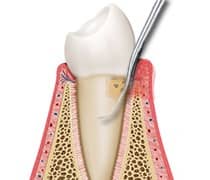 Gum disease is particularly dangerous because the progression of the disease is often painless and undetected until it becomes a serious problem. Periodontal disease is a gradual infection of the gums and, eventually, the underlying bone of the teeth. It is caused by the buildup of plaque on and around the teeth that eventually calcifies into tartar. This tartar harbors bacteria, which contains toxins and a sulfur compound that slowly damage the teeth and gums, and often causes bad breath. In the first stage of gum disease (known as gingivitis), the bacteria begin to weaken the fibers that hold the gums to the teeth. Gingivitis is characterized by a swelling, inflammation, and bleeding of the gums, which is noticeable on brushing.

In the advanced stage of gum disease (referred to as periodontitis), the gum tissues are damaged significantly and have pulled away from the teeth. The bone around the teeth has usually become infected and begun to dissolve. At this stage, tooth loss is imminent without intervention.

A gingival pocket as a 1–3 mm deep gap between the tooth and gums. In a gingival pocket, they is typically no permanent destruction of the gums or supporting alveolar bone. This early sign of disease is called gingivitis.

A periodontal pocket is 4 mm or more deep between the tooth and gums where the the gingival tissue to the tooth have been irreversibly destroyed. The supporting alveolar bone may be also be degenerating based on the stage of the disease. This stage of gum disease is called periodontitis.

Symptoms may additional include:

The initial stage of periodontal treatment is a thorough cleaning to remove plaque and tartar deposits beneath the gum line.

Antibiotics or irrigation with anti-microbials (chemical agents or mouth rinses) may be recommended to help control the growth of bacteria that create toxins and cause periodontitis. In some cases, Dr. Garelick may place an antibiotic in the periodontal pockets after scaling and root planing. This may be done to control infection and to encourage normal healing.

When deeper pockets between teeth and gums are present, it is difficult to thoroughly remove plaque and tartar. Consequently, periodontal surgery may be needed to restore periodontal health.

Traditionally, gum disease is treated by eliminating the gum pockets by trimming away the infected gum tissue and by re-contouring the uneven bone tissue. Although this is still an effective way of treating gum disease, new and more sophisticated procedures are used routinely today.

This surgical procedure “regenerates” the previously lost gum and bone tissue. Most techniques utilize membranes, which are inserted over the bone defects. Some of these membranes are bio-absorbable and some require removal. Other regenerative procedures involve the use of bio active gels.

Because Dr. Garelick is able to provide both advanced periodontal procedures as well as reconstructive dentistry, many patients who typically require periodontal and restoration dentistry need not travel to a specialist and pay higher costs.

Call our Chandler dentist office and make your appointment today! 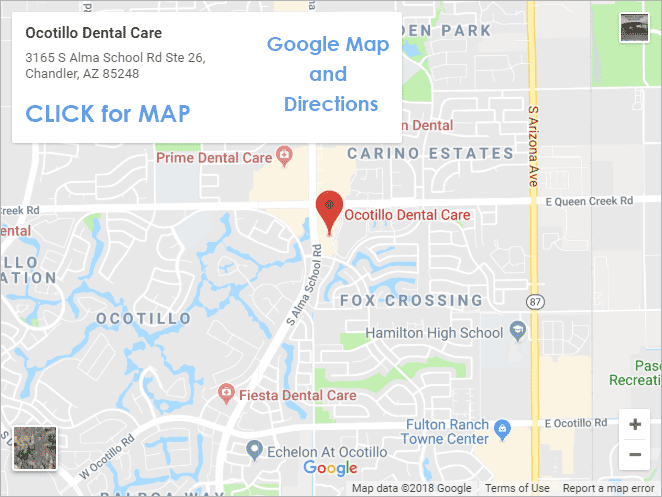 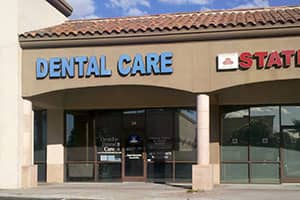 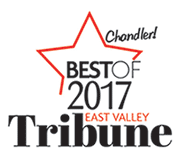